The Well of Loneliness 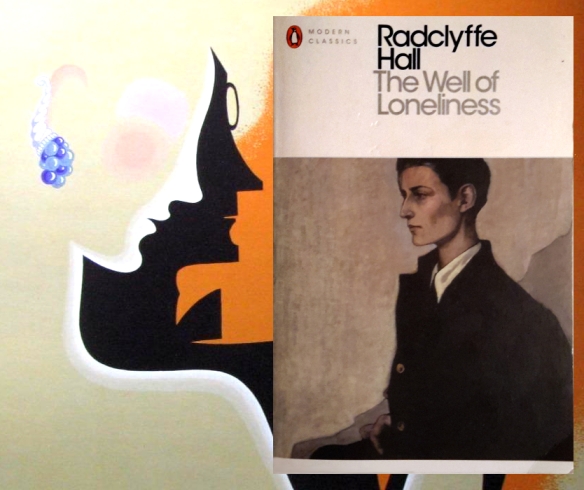 “The Well of Loneliness” is not to be read lightly, for its title does not exaggerate. It is tragic and powerful; it shudders with empathy and spiritual resilience.

First published in 1928, it tells the tale of Miss Stephen Gordon: a woman who identifies as a man, who loves other women and must suffer the condemnation of all for her “abnormality”. Incredibly ahead of its time, as far as public opinion was concerned, it was the subject of an obscenity trial at the time of publication. It was published in the same year as D.H. Lawrence’s “Lady Chatterley’s Lover” and Virginia Woolf’s “Orlando”. Hall was part of an oncoming wave that rose in the years that followed World War I. It was a wave that saw taboos transforming from absolutes into debatable ideas, and – even more importantly – it was a wave that streamed into the public forum. Ideologies, and the courage of those who lived them, were coming to bear against received wisdom.

The scope and breadth of this highly empathetic and emotional work is without compare. It crosses a number of social boundaries. It begins in the well-to-do grounds of Morton, the home of Stephen’s father, Sir Philip Gordon. We then travel with Stephen to the front lines of the First World War, where she becomes an ambulance driver. Then, the war over, back to Paris, where Stephen mixes with the greats and the groundlings of society’s so-called “inverts”. Having made a name for herself as an author, she is privy to a very exclusive circle. Stephen meets many prominent men and women of cultured society, including writers, poets and artists whose characters often have real life counterparts. From a young child to a middle aged woman, Stephen’s life is a landscape and a broad reel of life, love and loss.

Stephen’s life has many ups and downs, but it cannot be denied that tragedy has the final word. Radclyffe Hall – christened Marguerite – is quite clearly writing from personal experience and Stephen Gordon is modelled on herself. Existential turmoil and fear of and anger against public opinion battle vehemently with pride and courage.

“She would clench her hands in a kind of fury. How long was this persecution to continue? How long would God sit still and endure this insult offered to His creation? How long tolerate the preposterous statement that inversion was not part of nature? For since it existed what else could it be? All things that existed were a part of nature?”

Courage does not win very much in this novel; it is a thoroughly depressing read. But it is so wholly courageous and forward thinking when hope does make its sporadic appearances.

“We’re all part of nature. Some day the world will recognize this, but meanwhile there’s plenty of work that’s waiting. For the sake of all the others who are like you but less strong and less gifted perhaps, many of them, it’s up to you to have the courage to make good.”

The most readable sections of the novel are those set in the grounds of Morton with the young Stephen. Pastoral descriptions are full of English pride and a liberating sense of natural freedom. Stephen is at her most free when she gallops across green hills and fields with her faithful horse Raftery.

“The gardens lay placidly under the snow, in no way perturbed or disconcerted. Only one inmate of theirs felt anxious, and that was the ancient and wide-boughed cedar, for the weight of the snow made an ache in its branches … But it could not cry out or shake off its torment.”

These early episodes make wholesome use of natural metaphors that are infinitely more successful than the later episodes contained within inner-city Paris. The gay bars that Stephen and her partner Mary frequent later in the novel are dirty and degrading and Stephen is appalled that she must be forced to mix with the people for whom life has “at last stamped under; who, despised of the world, must despise themselves beyond all hope, it seemed, of salvation.” They are described as “haunted”, “tawdry” and “shabby” and it is sections like these that betray a hint of classist bias.

Maureen Duffy, in her introduction to the novel, expresses it thus: “The Well certainly has its shortcomings both as a work of literature and as an apologia for a homosexual way of life and love; nevertheless, for decades these have been outweighed for many readers by the novel’s mere existence in telling them that they were not alone, and by the courage of its author in both writing and defending it.”

“I am one of those who God marked on the forehead. Like Cain, I am marked and blemished. If you come to me, Mary, the world will abhor you, will persecute you, will call you unclean. Our love may be faithful even unto death and beyond – yet the world will call it unclean. We may harm no living creature by our love, we may grow more perfect in understanding and in charity because of our loving, but all this will not save you from the scourge of a world that will turn away its eyes from your noblest actions, finding only corruption and vileness in you. … And when you come to me for protection, I shall say: ‘I cannot protect you, Mary, the world has deprived me of my right to protect; I am utterly helpless, I can only love you.’”