Vienna is on the brink of World War II. The city and its people are still recovering from the previous war, but Hitler’s influence is spreading and a restless populace is growing evermore so. Franz Huchel, a naive teenager from the salt mines, has been sent to work as an apprentice in a tobacconist’s. Franz’s employer, Otto Trysnyek, is a veteran, having lost a leg back in the war. He lives a simple and honest life and finds an unexpected ally in his dedicated apprentice. The tobacconist shop is the social equaliser: cigarettes and cigars, newspapers and pinup girls in a private drawer; everyone has their usual order, even a certain Jewish psychologist by the name of Freud.

As “Heil Hilter!” becomes a more regular greeting around the city, the lives of Otto, Franz and Freud grow ever more challenging. By the time his apprenticeship ends, Franz will be a boy no longer. He’ll learn about friendship, love and respect in a city about to be overrun by hate and fear.

“Maybe that’s it, he thought: just stop and stand here like this and never move again. Then time would drift past you, you wouldn’t have to swim with it or struggle against it.”

Now, I’ll be honest, it’s nowhere near as good as A Whole Life. But then I have put that book on something of a pedestal, so I had a lot of expectations going in. Seethaler’s stoic yet emotive description that so captured me before makes sporadic appearances but not nearly enough, in The Tobacconist. However, the characterisation and the plot development are more reminiscent of the writing I remember. Seethaler’s success is in taking everyday people with extraordinary struggles and infusing them with quiet strength. It is the noble example his characters set that I hope will continue to make his novels worth seeking out.

Alphabetty Spaghetty Review for A Whole Life by Robert Seethaler 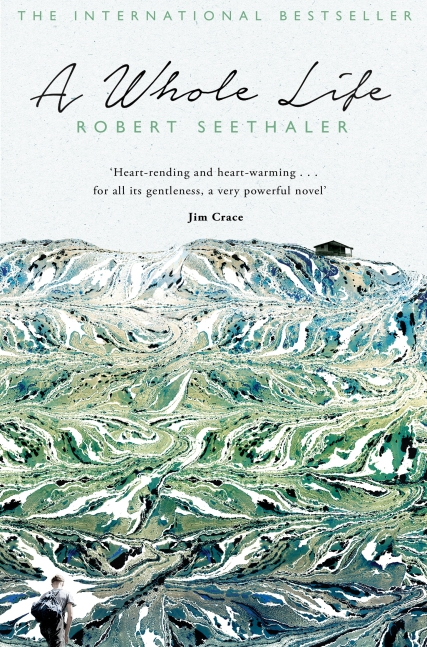 2 thoughts on “Review: “The Tobacconist” by Robert Seethaler”