I’ve been waiting a year to read a book like this. I only wish I’d read it three months ago, when the falling leaves outside could’ve matched those of this book. Or better still, a year ago, when this country made a historic decision that clearly weighed heavily on Ali Smith’s mind. Brexit prominently features in this novel. No matter what side of the vote you fell on, it cannot be denied that much social and political unrest persists in the wake of the UK’s decision to leave the EU.

This novel is, predominantly about an unlikely friendship. Elisabeth is nine-years-old when they move house, and Daniel, an ageing bachelor, becomes their next-door neighbour. Both lonely, for their part, it doesn’t take long for a connection to be made and one that will continue for decades to come.

“The lifelong friends, he said. We sometimes wait a lifetime for them.” (52)

The characters are inherently imperfect and complex – as you would hope and expect from contemporary literature. We only see Elisabeth and Daniel in part, never whole. We know that Elisabeth’s father is out of the picture, but never why. We know that Daniel lost the people he loved, but never how. This, added to the fragmentary nature of the work, imbues the novel with authentic emotional experience. – While we hope that others feel as we do, you can never truly know. It is fearful hope that leads us to love, friendship and trust. It is through this fragility that Smith calls on us to be brave.

The style is distinctly contemporary – like its subject matter. It is lyrical, rhythmic and littered with truncated poetry. Perspectives shift with grace and empathy. There is a wonderful cohesion to this piece. Embracing everything in its withering foliage, autumnal metaphors and similes trace and echo effortlessly throughout the narrative. It is natural, melancholic and vibrant.

“The leaves are stuck to the ground with the wet. The ones on the paving are yellow and rotting, wanwood, leafmeal. One is so stuck that when it eventually peels away, its leafshape left behind, shadow of a leaf, will last on the pavement till next spring.” (259)

Autumn has always been my favourite time of year. The colours and the sounds of leaves upon the ground. So, naturally (pun intended), I loved the imagery used throughout Autumn.

The dialogue reads like a script, and I could imagine the scenes playing out on a stage or screen. Humour makes a bold appearance too and I found myself smiling broadly on several occasions. The book, on the whole, moves at a fast pace, but comes to a dead stop, from time to time. The contrast is beautiful, matching the ebb and flow of the seasons, which is doubly echoed by the lives of the characters.

The “problem” of immigration is constantly referred to both directly and indirectly. Sexuality also goes uncategorised for all the main characters. In this way, Smith is representing minority voices, while eschewing the notion of labelling that often creates hostility and mistrust. In this respect too, Smith’s is a distinct and proud modern voice.

“Autumn” promises to be the first in a quartet of novels that speak directly to the now of UK society. The second novel, “Winter”, is now out in hardback, and I will most certainly be picking it up. It is both fascinating and delightful to read something that feels so impressively contemporary. And with “Autumn” shortlisted for the Man Booker 2017, we can only hope great things are in store for the rest of this collection.

by Leavis Carroll (aka Lucien Young) 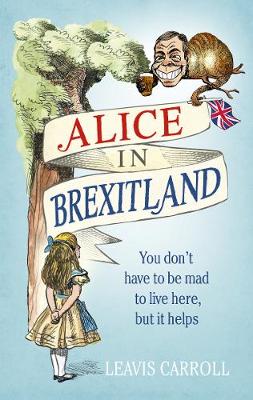 (I received an ARC from NetGalley, in return for an honest review.)

A clever little satire that sums up Brexit in witty and not too pessimistic terms.

As a young voter, still developing a political opinion, there is a lot to be confused and frustrated by in this political climate. Reading a satirical take on Brexit just before bed could have been a really bad idea. It could’ve thrown me into a funk of existential, millennial depression. But thankfully, Young’s clever little satire is the perfect amount of cynicism and optimism. Often satire errs very hard on the side of pessimism, but I am grateful to Mr Young for avoiding that pitfall… or rabbit-hole. It succeeds in being entertaining and not just another series of clever traps and ruses designed to confuse or to lull you into a fall sense of security – as others are wont to do…

The illustrations are apt and really add to the entertainment value, giving a feel for the original Lewis Carroll. The playful use of verse was also very Carrollian, and by bookending the story with his poems, the piece feels rounded and satisfying. Thanks to the eponymous Alice, trademark bluntness and plain-faced frustration is a refreshing change in Brexitland. In the absence of sanity and honesty, it isn’t harsh attack that is needed but plain speaking and legitimate indignation. (I know how Alice feels!) Carroll’s Alice is just the ticket, and Young has done well to remind us that it doesn’t all have to be doom and gloom. You can read it in the hour before bedtime, and happily doze into your own wonderland.

Sharp-tongued but also sympathetic, I found Alice in Brexitland to be a highly enjoyable read. I hope Young is planning to write another for the approach of this snap election in June, so that he might continue to be the balm for this particular citizen of the world.

Nonetheless we can resist:
Though the liars tweet and twist
Light still penetrates the mist 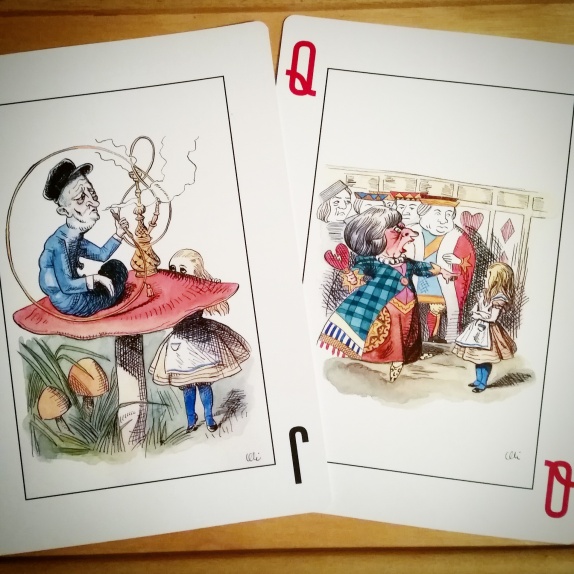