“Nutshell” by Ian McEwan recently emerged in paperback, so here’s my review from last year. 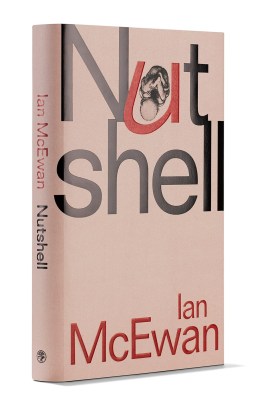 What a refreshing change from his usual bittersweet format; Ian McEwan’s “Nutshell” is like no book I’ve ever read. Told entirely from the perspective of an unborn baby, the intellectual life of this foetus is a fascinating retelling of Shakespeare’s “Hamlet.” The bliss and boredom of existing afforded to the unborn promotes the excess of existential thought exhibited by the eponymous Hamlet, who battles vehemently with the notions of life, love and death.

There are moments of fantastic introspective clarity as well as hilarious observation throughout the book, as he makes use of what he hears and feels of the outside world. His observations and sensations are filtered through his mother – her hormonal/emotional/digestive responses are also his. Don’t think that means he has no emotions or opinions of his own, being in fact very frustrated by having to share in everything she feels and eats. But…